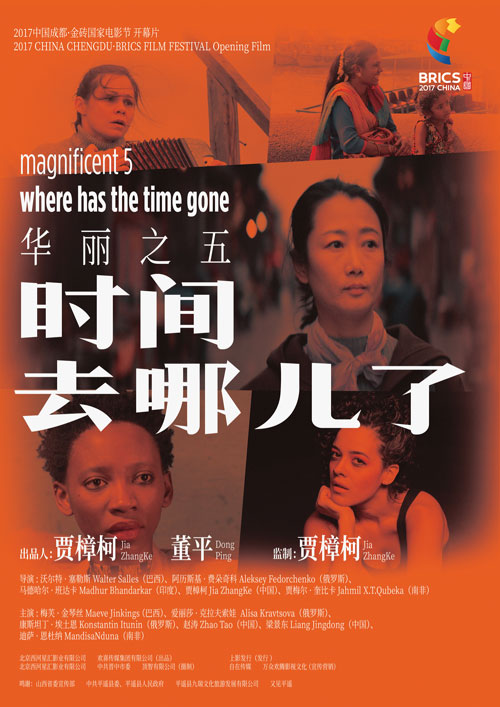 Where Has the Time Gone? is an anthology feature film showing five segments directed by five directors from Brazil, Russia, India, South Africa and China.

On November 2015, the greatest socio-environmental disaster in Brazil`s history befell the region of Minas Gerais. A private mining company`s dam burst over several communities, leaving thousands of people displaced, dead and wounded. In the world of snow, beyond the reach of the railway and down at a remote valley live Zina and her husband Nazar. Chandrakant, a retired man, spends his time in Mumbai, the busiest city in India. He feels abandoned but, when he meets a ten-year-old orphan Charlie, his spirit blossoms up. In a future virtual reality, every snowflake is tagged; every raindrop can speak and every individual’s life is predestined. The program that runs this world is as ancient as the beginning of time. In Pingyao, a city of 2700-year history, ancient city walls stretch as far as you can see. Tao and Liangzi have a teenage daughter, and work as performers in a tourist attraction. When the two-child policy is introduced, they decide to have another baby.